Finding the Magic of Breckland

Walked, explored and adored throughout 2020

Breckland is a most curious place. A place of long mysteries and small wonders. Lines of long trundled trackways pass close by to the round markers of barrows, strange meres whose watery patterns are still known only amongst themselves and the concave craters left by ice and ancient miners finding their strength inside the earth.

Big skies make for big thoughts and slow time; an endless space for contemplation and discovery. 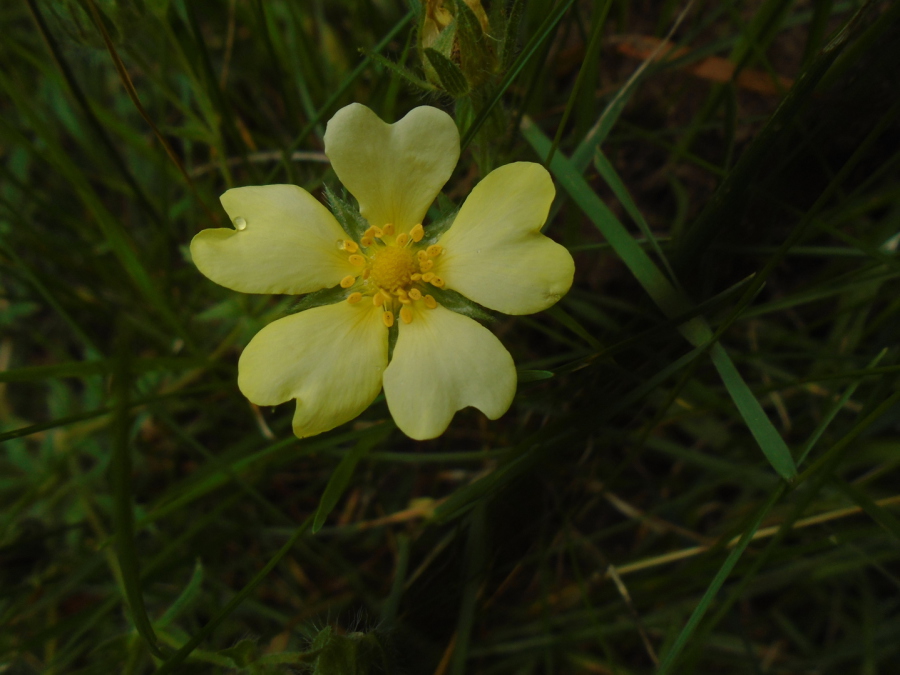 What is a sparse landscape for the mere observer is a cornucopia of delight for the creator. Benign watchfulness leads to a sense of joyous overwhelm. Sometimes riotous and sometimes serene, expressions of this outlandish wonder lead to an eclectic personal nexus made from things gathered from the land around as well as due homage paid with more far flung materials. 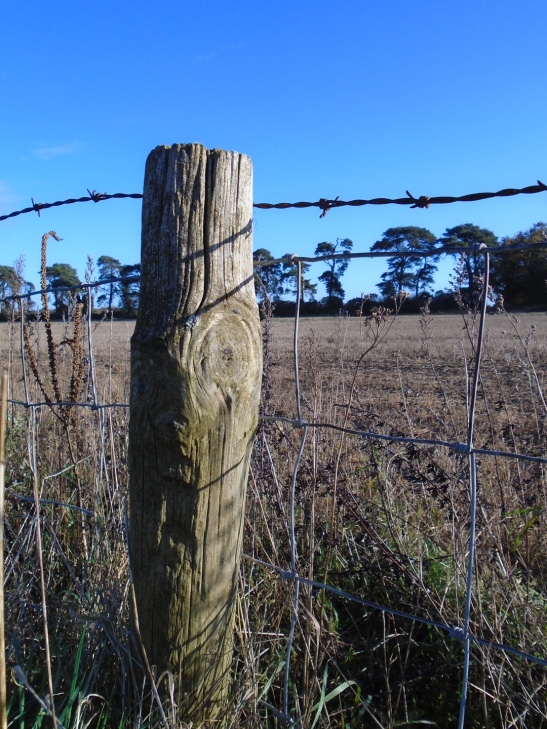 These works are not reproductions or replicas of things seen.

They are interpretations of spells and prayers, hung out like

gossamer webs from every standof gorse.  They are the whisps that wrapthemselves round stout heather brush.

They are sounds made visible. Finding the flow with ocular orations.Talismans of tacit silences, the lines of wild love letters never written down. 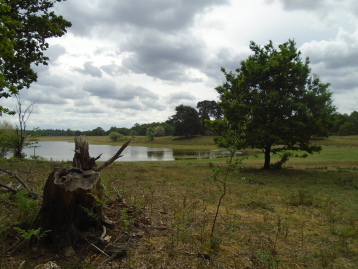 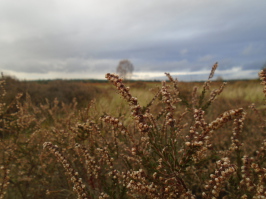 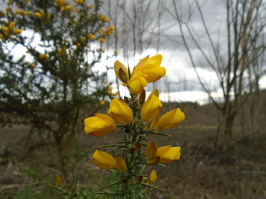 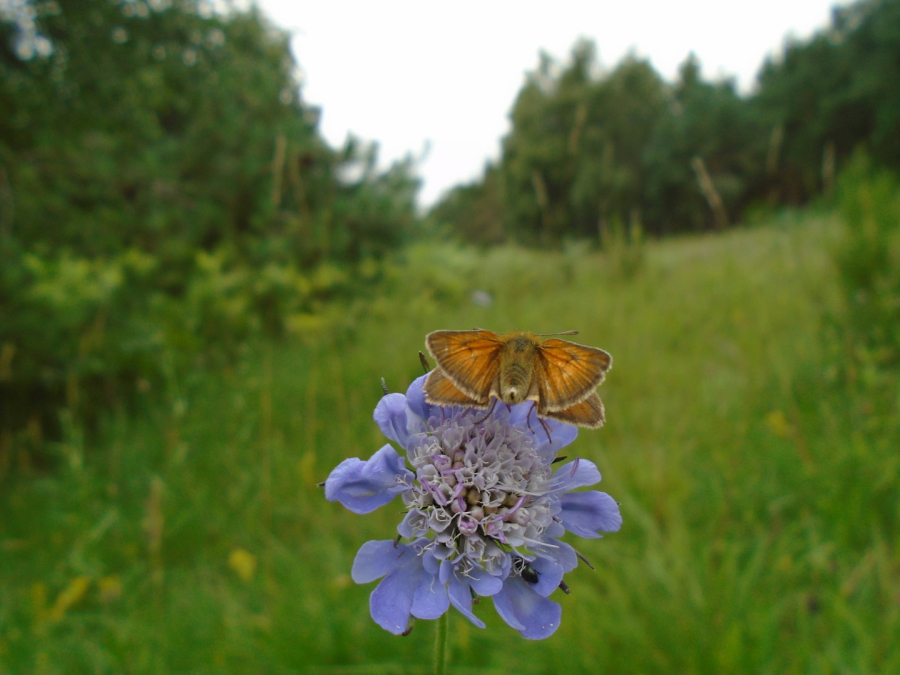 A very brief history of Breckland

Cretaceous sea beds lurk under your feet, the very land is made up of things from so deep in time they are hard to comprehend, it is a landscape used and continually used and shaped by people from the Pleistocene to the Present.

From man’s first foraging steps into a deeply wooded land to the later pre-historic populations that altered the land into its famed dry lowland heath, this iconic landscape was further cemented in the Mediaeval period by the introduction and keeping of vast numbers of rabbits in warrens. Specialist flora is often very small, an adaptation not only to the vagaries of grazing animals but also against thriving in one of the driest place in Britain.

Although there had been losses to farming improvements in the 19th C. the most acute casualties came in the 20th C., with the planting of Thetford Forest Park in the 1920’s (with pine trees being deemed the most productive crop for the poor sandy soil, as well as Britain’s need to have its own sustainable timber crop) and the demarcation of the Stanta battle area, displacing four thriving villages, never to return.

In the 21st C. there are great efforts to revive and reconnect some of the many heathland fragments, resuscitating the dormant heath from under its timber-weighted blanket.  The pines though are here to stay, now a much loved part of the landscape; they bring their own scents and mysteries, leaving a hazy imprint in the mind of what the landscape might have been as vegetation recolonized after the retreat of the last ice sheets, albeit not in so many rigid ranks and rows.

Gamely the larks sing louder with their new mechanical competitors and due to the military intervention a huge area remains preserved from pine and people, disturbed only by rockets and gun fire.

This is still Breckland. The chop and change, high disturbance, the ever breaking and needing to be broken. The current of perpetual change appears unchanging, constant as the earth and the stars yet what was has been and will be again. 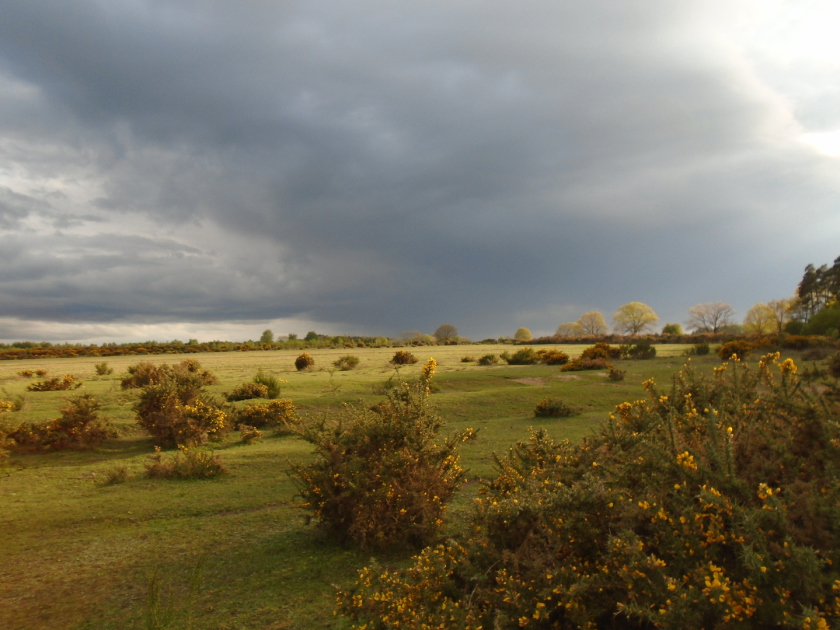 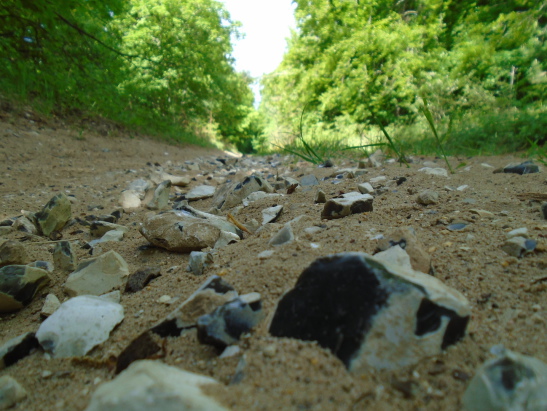